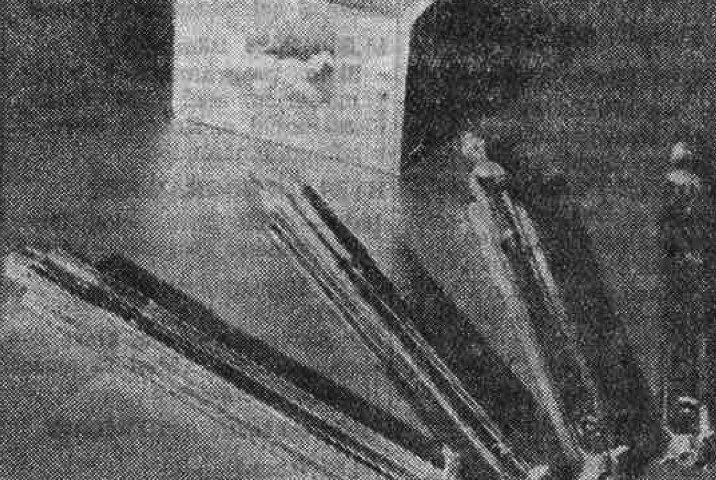 The Invention, Design and Manufacturing of the Rydell Nail

“My old man should have one of those nails. It doesn’t wear a hole it his trousers”. This is how a Swedish newspaper article from 1968 begins. The statement came spontaneously from a lady who visited an exhibition in, Sweden, where Elos Medtech displayed System Rydell – a new four-flanged nail to help heal femoral neck fractures. A small component that would be of great benefit!

At this time, slipping of the nail was a common complication after surgery on the femoral neck. The nail lost its hold and slipped out because of resorption of bone in the fracture area and around the nail. The new innovation was a spring-loaded nail that had four flanges and was hammered in over a guide pin, which was removed and replaced by a spring pin. This pin had a curved end, which extruded through a hole in the nail and anchored the pin in the bone in order to prevent slippage.

The new nail was manufactured by Elos Medtech based on the design by Nils Rydell, professor at the orthopaedic clinic at Sahlgrenska University Hospital in Gothenburg. Rydell’s thesis about the biomechanics of the hip joint became an epochal study. At this point, the nail was used in one American and four Swedish hospitals. Tests showed that the healing time was considerably shortened in some cases. Since there was no risk of slippage, patients could be up and walking directly after the surgery with some support. The increased pressure towards the fracture surface helped the healing process. This was revolutionary, as common practice was to relieve the pressure by lifting the operated leg while the patient was lying in bed.

Designed and manufactured in stainless steel with precision and accuracy

The nail came in four sizes, and an instrument to pierce the bone was also designed. Both the nail and the instrument were manufactured in stainless steel – one of the most difficult-to-machine steels available. The surfaces had to be extremely smooth and fine, partly because of the sterilisation, and partly because it had to be easy to hammer the nail into the bone. Already in the sixties, Elos Medtech focused on precision machining and contract manufacturing for the medical device industry, such as trauma and spine products and components, which required maximum precision and accuracy. But we also received orders from the dental, aerospace and automotive industries.

From one invention to another – the introduction of the hook pin

The Rydell nail predominated until Hansson introduced a fixation pin with deployment of a hook. But that, my friends, is another story! It does, however, involve Elos Medtech as contract manufacturer. Curious? Keep an eye out for our next blog article, and we will tell you our story about the Hansson pin! 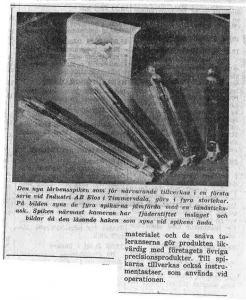 Did you enjoy reading this blog article? Let us know by sharing it on Facebook! Also read: How to join Elos Medtech on social media.