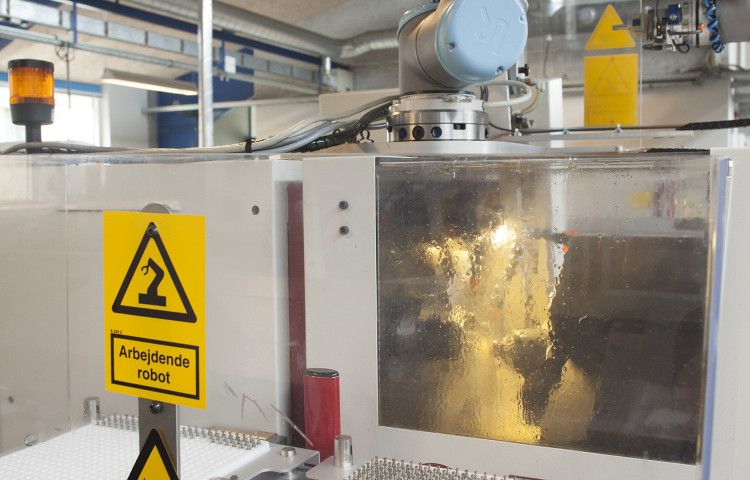 Increasing the Number of Employees through Automation?

Is it really possible to increase the number of employees through automation? Actually, it has already been done! “Any process that can be automated, will be automated” is the watchword behind The Automated Factory, a concept that we have been working intensively on implementing in Denmark since 2010. What we didn’t expect, however, was the added need to hire more staff. Hear this out!

Investing in automation since 2010

In 2010, Elos Medtech decided to move 25 percent of the turnover from Denmark to China. It was time to step up the game. A strategic decision was made to start working with modular work cells. A couple of years later, we got our first Universal Robot.

In ten years of time, production processes have been optimised, standardised and automated based on the principles of LEAN. We have made ambitious investments in new, user-friendly and flexible production equipment. Almost the entire fleet of CNC machines has been replaced. The number of production hours per week and machine has more than doubled. At the same time, we produce 20% more items per hour. Thirteen robots have been added since 2013 – and the goal is to install many more in the years to come.

Increasing the number of employees through automation

However, the automation investment did not only increase the production of medical devices. Paradoxically, it also increased the number of employees. Initially, our plan was to grow without having to hire more staff. But with a turnover that increased significantly between 2010 and 2014, and expectations of a further increase in 2015, it was no longer possible to stick to the plan. We had to hire more staff in areas such as manual assembly, development and administration.

When the concept of The Automated Factory was first developed, our biggest fear was having to dismiss our loyal and highly skilled employees. Instead, it turned out the other way around. When some of the manual working processes were no longer needed, others had to be fulfilled. Today, the number of employees at Elos Medtech in Denmark has grown with 25 percent since 2010.

Everyone involved in The Automated Factory has been very enthusiastic about the concept ever since the beginning. Both management and co-workers have closely followed the implementation over the years. The project is ongoing and our organisation truly has a wholehearted commitment to optimisation, automation and robotics. As The Automated Factory continues to grow, we continue to meet the high demands of tomorrow’s medtech market.

Do you have questions about Elos Medtech, automation or our further future plans? Please, contact us! Also, read our previous blog post: The Automated Factory – How to Improve Quality, Accuracy and Precision of Medical Devices.