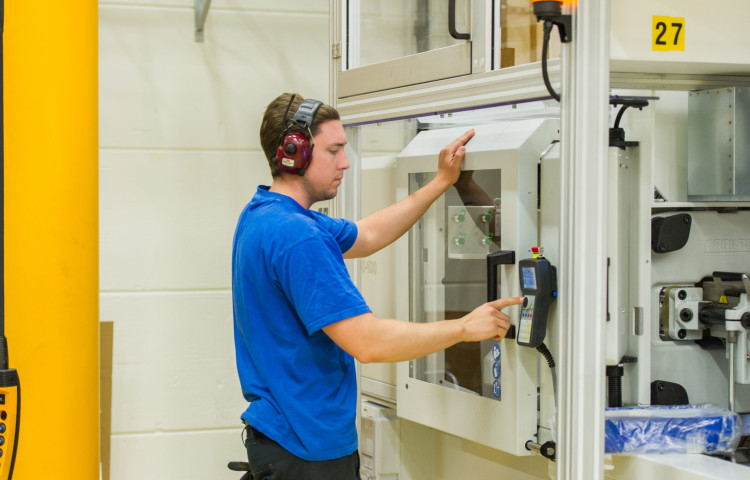 Today, Elos Medtech in Skara is described as highly experienced in advanced precision molding tools and polymer injection molding. But as the saying goes, even an expert has to start at the bottom. And in this case – literally at the bottom – more specifically, in the basement of a house in the Swedish countryside. This is the story of a young entrepreneur who started his own business, soon to become Elos Medtech – a global CDMO to the medical device industry.

A small business for polymer processing

Helldin’s Mechanical was founded in 1971 by 22-year-old Göran Helldin. He started his business in the basement of his house in Skara, Sweden. The first customer was a manufacturer of household products, for which Helldin’s Mechanical carried out polymer processing.

In 1975, the business moved into a small facility in the backyard, and machinery was bought. It wasn’t very spacious;  the staff had to share space with a lathe, a milling machine, a hacksaw, and a drill press. Welding and painting had to be done outdoors – if the weather allowed. But nevertheless, the business started to grow.

The company designed and manufactured its first own injection-molding tool during this period. For one of the customers, they made fixtures for cars and vacuum cleaners. When growing out of the facility, they moved into an old barn. There was no running water, and the barn needed some renovation, including a new floor, a new door, and new windows. At this time, Helldin’s Mechanical manufactured several injection-molding tools and injection molded plastic parts such as threaded plugs for industrial tools and equipment.

In the late seventies, Helldin’s Mechanical changed the company name to Microplast, and the business moved into newly built premises. The workforce had increased to twelve people, and Microplast now had a complete workshop of injection-molding tools and capacity to produce injection-molded plastic parts on a larger scale.

In the early eighties, Microplast closed a deal with their first medical device company. This was a significant milestone. The deal included the injection molding of plastic parts for a chromatography system. At this time, Microplast had already designed nearly 100 different injection-molding tools.

In 1984, the same company placed an order of injection-molding tools and prototypes for a socket of an allergy blood test. At that moment, nobody could imagine the future scope. Today, this product is distributed worldwide – and Elos Medtech is still their trusted partner.

Want to know what happened next? Read The story of Elos Medtech (Part 2)

Why a quality mindset of your medical device CDMO is essential

Accelerating sustainability in medtech – aiming for an EcoVadis gold rating

7 reasons to partner with a medical device CDMO