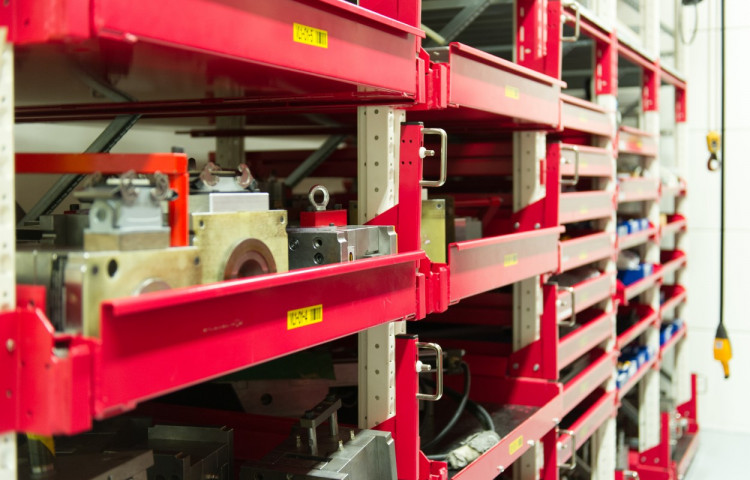 Today, Microplast can be described as the expert of advanced precision moulding tools and injection-moulded plastic parts. But as the saying goes, even an expert has to start at the bottom. And in this case – literally at the bottom – more specifically, in the basement of a house in the Swedish countryside! This is the story of a young entrepreneur who started up his own business, soon to become Microplast.

Microplast, at the time called Helldin’s Mechanical, was founded in 1971 by 22-year-old Göran Helldin. He started out his business in the basement of his own dwelling house, located in Hangelösa, a small village north of Skara in Sweden. The first customer was a manufacturer of household products, for which the business carried out series processing of small plastic details.

In 1975, the business moved into a small shed in the backyard. Aged machinery was bought, but it wasn’t very spacious; the staff had to share the small space in the shed together with a lath, a milling machine, a hacksaw and a drill press. Welding and painting had to be done outdoors – if the weather allowed! The company also manufactured their first own injection-moulding machine during this period.

Despite the small space, the business started to grow and soon they got new customers. The first injection-moulding tool was designed and also a milling machine for processing plastic parts. For one of the new customers, fixtures for joining interior components for cars were designed and manufactured. Also, glue fixtures for joining the walls inside of vacuum cleaners were made for another customer. In addition, new automated solutions were ordered.

When growing out of the shed, the business moved into an old barn in Dalvik, at the outskirts of Lundsbrunn. There was no running water and the barn needed some restoration, including a new floor, a new door, and windows. At this time, the company had produced several injection-moulding tools, and was producing plastic parts in the self-made moulding machine. For example a threaded plastic plug to a manufacturer of industrial tools and equipment.

In the late seventies, the name was changed to Microplast. It was now time to move the business into the newly built premises Bagarebo in Hangelösa, outside of Skara. The workforce had now increased to twelve people. Microplast had a complete workshop of injection-moulding tools and also the possibility to provide injection-moulding of plastic parts.

In the beginning of the eighties, Microplast closed its first deal with a medtech company. It included the manufacturing of plastic parts for a system used for separating molecules by gel filtration, also called chromatography. At this time, Microplast had already designed and manufactured nearly 100 different injection-moulding tools when another 16 were ordered. Getting the opportunity to produce plastic parts for biotechnology was a significant milestone for the company. Today, Microplast still has an extensive cooperation with that company´s new owner.

In 1984, the same medtech company placed a new order of injection-moulding tools and prototypes for the socket of an allergy blood test. At that moment, nobody could imagine the future scope! Today, the product is distributed by worldwide. It is part of an allergy portfolio detecting sensitizations to more than 600 allergens.

In 1993, Microplast made its last stop when moving to the existing premises in Skara. Since then, the number of medtech parts has increased along with a large number of automated solutions. Since 1997, everything is designed in 3D CAD. The production plant in Skara does everything from total technical solutions including the design of moulding tools, choice of material, design of components and production equipment, to the adaptation of a product to a customer’s production and equipment.

Still going strong after decades in the injection-moulding business

It is very rewarding to announce that 30 years after designing and developing the prototypes for the first plastic socket for the blood test, Microplast is now developing a joint plan together with customers to increase cooperation in the years ahead. This has resulted in several major projects, including more production lines and automated solutions, which will constitute a key aspect of the company’s growth in the next coming years.

In spring 2016, the company projects a large purchase including injection-moulding machines, high-tech robots, and equipment for clean room manufacturing to increase the production even more, with focus on standards, quality and traceability for medtech components.

The future of Microplast looks nothing else but promising. Today, Microplast has 900 registered injection-moulded plastic parts, and the guess is that the number will only increase as time goes by!

We hope you enjoyed reading about the Microplast story. Would you like to know more about our extended production plant? Keep an eye out for upcoming articles! Until next time, see you in the social networks!